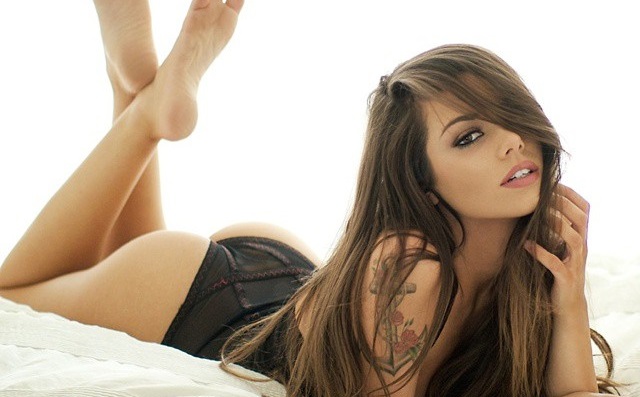 Look, I admit I have no idea what Julianne does or who she is. Heck I don’t even know how to spell her name properly. Is it Julianne? Is it Julie Ann? Is it Julia Anne? Juli Anne? So many questions with so few answers.

But I do know that she’s obviously a model of some sort and she’s a complete smokeshow who has been featured on a handful of websites in recent weeks going by her social media profile name of Juli.annee.

Here are a few examples of her work:

Who wants to come aboard my ship? ? outfit by @yandy

Is it football season yet? ?? outfit by @yandy

About to play some call of duty. ? I need new games! Name your favorite ? ? gamertag: juliannee7

While there isn’t a ton on the internet about this absurdly hot chick, it’s safe to assume she’s from sunny San Diego given many of the pictures in her Instagram account feature the city skyline. She’s also a fan of In-n-Out burger and pizza because her page is littered with photos of the delicious food. As if we weren’t drooling enough….

She’s also a mother, which is rather obvious considering all of the photos she has in addition to the tattoo on her back.

And that’s about all we know regarding ‘Julianne’. Well, that and the fact that she love taking selfies, which we in turn love because the end result is extremely hot.