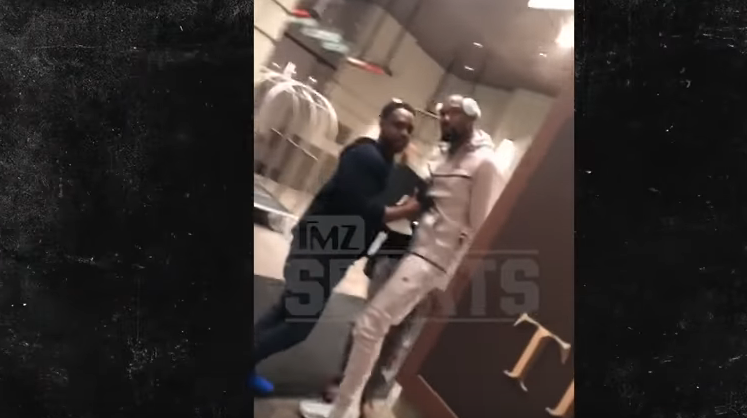 It was a rough Game 1 of the 2018 NBA Finals for Golden State Warriors stud Kevin Durant, but since that time the former Longhorn has been nothing short of jaw dropping.

His best performance of the series came during Game 3, where the forward unleashed 48-minutes of torment on LeBron James and the Cavs en route to a 43-point, 13 rebound, 7 assist evening.

An evening that could have went from bad to good real quick like.

Video footage has emerged of Durant returning to the Golden State Warriors hotel, where a none-too-happy Cavs fan decided to troll the basketball star.

There was no Stephen Curry, Draymond Green or Klay Thompson around for backup this time though – just the Dubs security team, who quickly escorted KD away when he decided to approach the fan.

And why did Durant attempt to approach the fan, you ask?