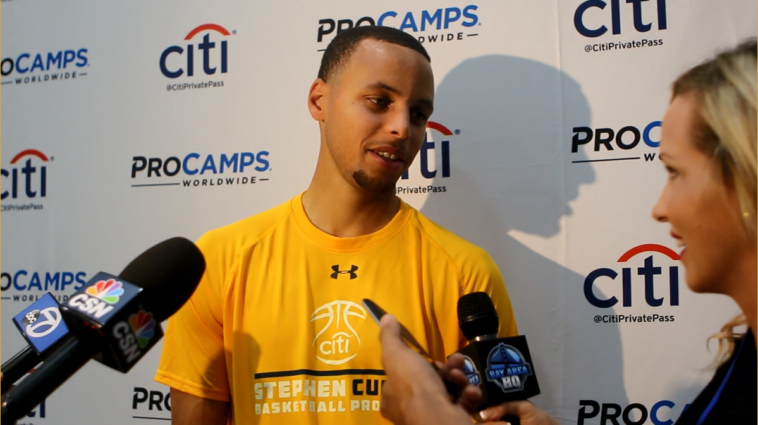 In a case of what might have been, Steph Curry was almost traded to the Phoenix Suns. Well, sort of.

That’s the word from Paul Coro of the Arizona Republic, who reports the Suns and Golden State Warriors had a trade in place that would have sent the No. 7 pick (which would become Stephen Curry) to the Valley of the Sun in exchange for Amare Stoudemire, during his peak MVP days.

“The Suns believed they had negotiated a deal for Golden State’s No. 7 pick and players in exchange for Amar’e Stoudemire. Their draft room exploded in cheers when Minnesota inexplicably went for point guards Ricky Rubio and Johnny Flynn with the Nos. 5 and 6 picks.

As it turned out, Golden State nixed the deal once Curry fell to that spot.

“We told Minnesota that Steph didn’t want to go there,” said Dell Curry, the ex-NBA standout who is Stephen’s father and a Hornets television color commentator. “We had no idea that they had agreed to a trade. Obviously, they couldn’t put that out. I remember (then-Suns general manager and now Curry’s Golden State coach) Steve Kerr calling me (the following morning) and saying, ‘Don’t go to the press conference. We have a trade that they reneged on.’ I’m like, ‘That’s between you guys. We’re going wherever they tell us. We can’t not go.’”

Ironically enough, as stated above, Curry’s current coach – Steve Kerr – was the Suns general manager at the time. And granted, there’s no assurance that Curry would have been selected by the Suns but it sounds as if that was how things were leaning.