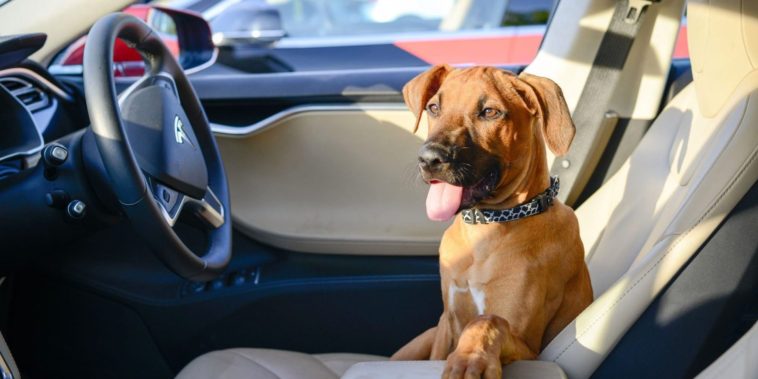 Might a ‘dog mode’ be coming to new Tesla cars in the somewhat near future? It sounds that way, after CEO Elon Musk tweeted ‘yes’ to a Twitter user who asked about adding a canine-friendly mode.

So what exactly is a ‘dog mode,’ you ask? In short, it’s a safety feature for both the driver and dog, who has apparently been left in the car, but in a ‘safe’ capacity.

In short, the Tesla ‘dog mode’ would turn on the vehicle air conditioning, along with music and a scrolling message to anybody who walks buy letting them know the dog was okay and the driver/owner would be returning shortly.

It’s still a poor idea to leave any animal or child alone in a car, but if you must, ‘dog mode’ seems like a solid compromise.