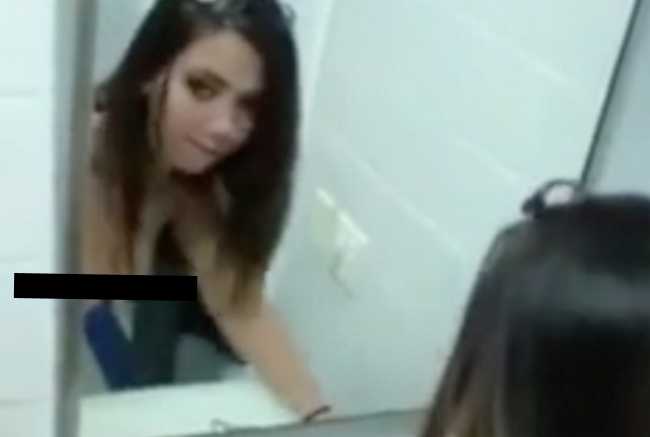 Man, I’m starting to love Facebook Live. Not only were we treated to a couple who live streamed themselves having sex while tagging the woman’s dad, now we have a man who quit his job and live streamed himself having sex with his boss’ daughter. Even crazier? He tagged the father just as a final middle finger.

The video starts out a little odd with just the girl reaching around to her backside for a few moments. But that’s when things get really interesting as the dude, who recently just quit his job (maybe he was fired) makes his first appearance. Then it’s off to pound town.

As to where the live stream sex went down, I’m not sure. It’s obviously some sort of a bathroom, though it would be even more hilarious if the dude who was fired had sex with the bosses daughter in the actual bathroom of the office where he worked.

Maybe we’re asking too much.

Regardless, the video was eventually yanked from Facebook considering it violated their terms of service. But the good folks over at Dude Comedy were able to grab the live stream and posted the video for all to see.

You can watch the video here.