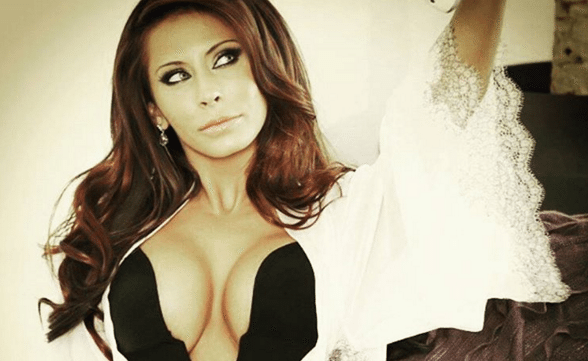 It’s been nearly a month since Madison Ivy was involved in a scary accident, but there is some very encouraging news taking place as the starlet has left the hospital and has returned home.

In case you missed it, Ivy announced on her Instagram account that she was involved in a horrific car accident which has already required three surgeries. She still will need a fourth, according to her most recent Instagram post, but appears to be in great spirits and looks as stunning as ever as she flew home on a private jet wearing a Teenage Mutant Ninja Turtle t-shirt.

In addition to the three operations (and the fourth to come), Madison Ivy had four screws put in her back after the incident which included a fractured spine.

Ivy’s initial post in which she broke the news suggested that she will be off her feet for a month or possibly two, but considering she’s on her way home things are certainly looking up for the brunette.

Our best wishes to her and a speedy recovery along with feel good vibes as she awaits her fourth and hopeful final surgery next month.