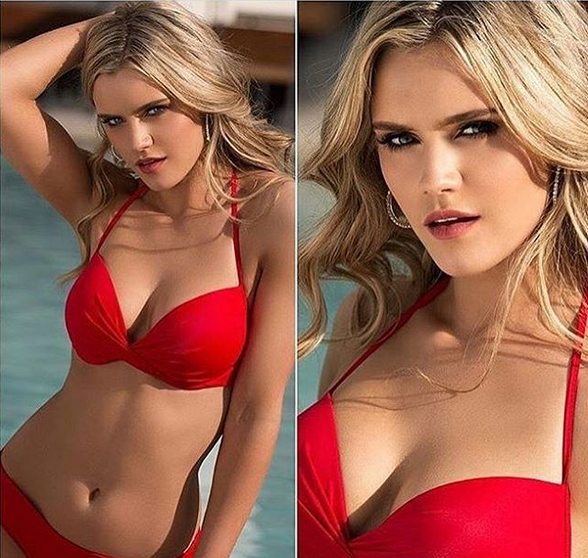 I celebrated St. Patrick’s Day on Saturday with Cailin Toibin, the blue-eyed 23-year-old blonde who is Miss Universe Ireland 2017.

Actually, I got drunk and rejected in the Irish Channel in New Orleans and went back home all alone to Gulfport, Miss., for a St. Paddy’s Night viewing of beautiful Instagram posts featuring Toibin, who finished in what I call the Sweet 16 of the Miss Universe pageant in Las Vegas in November.

These pictures and the featured double image are my favorites.

// ?? IRELAND ?? – Cailin is one of the most amazing Blondes of this year's pageant! Her face is flawless and Perfect 🙂 #missuniverseIreland #Top16

A post shared by CURRENT QUEEN: Cailín NíToibín (@missuniverseireland) on Nov 1, 2017 at 6:31am PDT

This bikini by @lilianamontoyaswim was the most comfortable and most beautiful bikini I have ever wore, this section of the competition is about being confident in your own skin regardless of shape, size or fitness level it is simply being #confidentlybeautiful in your own skin and no better way to celebrate being a woman in such an amazing bikini that is designed by an empowering business woman! #missuniverse #img #wme #queen #travel #missuniverseireland #irishmodel #model #girlpower #girlboss #bossbabes #moxie #empowerwomen #irishblogger #moxie #irishbeauty #missuniverseireland2017 #missireland #missuniverse2017 #ireland #irish #IMGstars #MUOstars

Toibin was crowned Miss Ireland on Aug. 31 and IrishCentral.com’s Miss Universe coverage reported that Twitter was convinced she is actress Reese Witherspoon’s twin.

Wow! Did you notice the typos? Too late to fix now.

I didn’t seek out one of the Reese-related tweets, but I found this on Instagram.

Toibin’s journey to the 2017 Miss Universe pageant began when she won the title of Miss Cork.

I’ll never be Mr. Universe, but I’m indulging in the fantasy that one day I will marry Toibin and become her Mr. Cork.