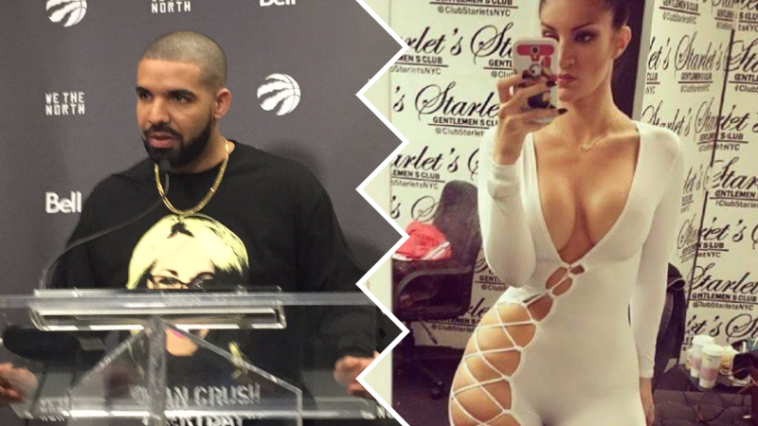 So you want to meet Drake’s baby momma, huh? Or I guess I should say Drake’s alleged baby momma, you know, for legal reasons.

We’d of course like to show you her Instagram, but that was quickly deactivated once Pusha T decided to unleash hot fire upon Toronto’s Very Own where he suggested Drake asked Sophie Brussaux to get an abortion and that he’s a dead-beat father.

This all took place, of course, after Pusha blasted Drake’s father for wearing ‘Steve Harvey’ suits and posted pictures of Drizzy in ‘blackface’ in his new freestyle ‘The Story of Adidon’.

Interestingly enough, this isn’t even the first time Drake has been put on blast for hooking up with adult stars and potentially having other children, though this seems to carry the most weight out of previous rumors.

There’s been no response from Drake nor Sophie, though the fact she decided to delete her Instagram and Twitter immediately upon Pusha T’s song leaking seems to suggest there’s at least a bit of truth to the allegations.

But let’s face it – you’re here for the Sophie Brussaux pictures, right? Click through below and enjoy all the hotness that ensues.

Prev1 of 6Next
Use your ← → (arrow) keys to browse
2.7k
SHARES
Share ThisTweet This
PinterestGoogle