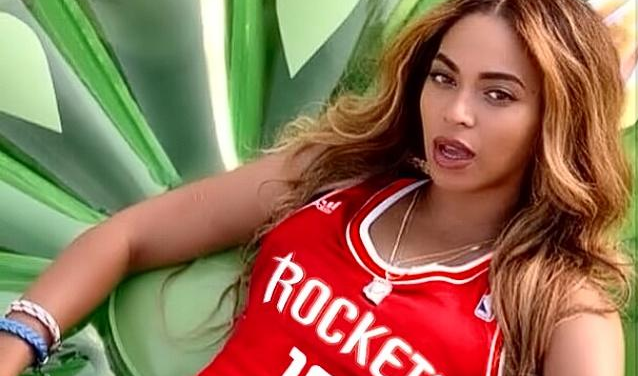 It looks like Jay-Z might not be the only member of the Carter family to say he owned an NBA team – or at least part of one.

That’s because Beyonce wants to buy the Houston Rockets.

Current Rockets owner Les Alexander has been long-rumored to have interest in selling the professional basketball team and if he does go down that round, Queen B wants in.

“Pop superstar Beyonce, a Houston native, is mulling an investment in the National Basketball Association’s Rockets, according to people familiar with the matter.
… It’s common for celebrities to make small investments in sports teams. Beyonce’s husband, Jay-Z, for instance, was born in Brooklyn and once held a less than 1 percent stake in basketball’s Nets. He sold his share of the team after starting Roc Nation, which represents athletes.
… The Rockets declined to comment. Beyonce’s publicist, Yvette Noel-Schure, didn’t immediately respond to an email seeking comment. The entertainer’s representatives at Sony Music Entertainment declined to comment. A spokeswoman for her husband, Jay-Z, also didn’t immediately respond.”

If successful, Beyonce would join others like her husband and Usher as celebrities who’ve purchased a minority stake in an NBA franchise.