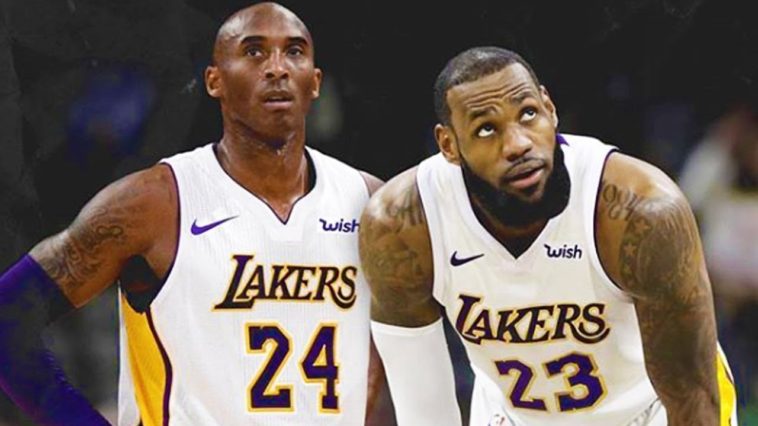 Remember when Kobe Bryant and Shaq hated each other? Like, the two couldn’t even be in the same locker room together? Yeah, me too. And while the two aren’t exactly BFF’s, they’ve come a long way from the days where Lakers teammates had to stop them from physical fights. So much so, Shaq believes Kobe Bryant needs to unretire and join forces with LeBron James‘ Los Angeles Lakers to create one of the ‘greatest stories in NBA history’.

“If he came back at 40 then the announcement would be the biggest sports announcement in history,” Shaquille O’Neal says. “Everybody would be talking about it. He wouldn’t even need to play great, just come play 15 to 20 minutes a game as a Laker…and if they happen to do well, it would probably be one of the greatest stories in NBA history. And Kobe likes stuff like that, that’s all I’m saying.”

In the newest episode of The Big Podcast, @SHAQ says there's no way @kobebryant would join @thebig3 before returning to the @NBA

Rumors swirled that Kobe Bryant would be joining Ice Cube’s Big 3, after a co-owner suggested the Black Mamba was preparing for a comeback. But Bryant was quick to shoot down those rumors, saying he’ll never set foot on a basketball court from a competitive standpoint again.

“Kobe will not be coming out of retirement to play again. He doesn’t want to play again and frankly we really enjoy spending time together as a family without the crazy game schedule interfering with birthdays, holidays and special events.”

Say what you want, Kobe Bryant teaming up with LeBron James on the Lakers, even just for a game, would be must see TV.