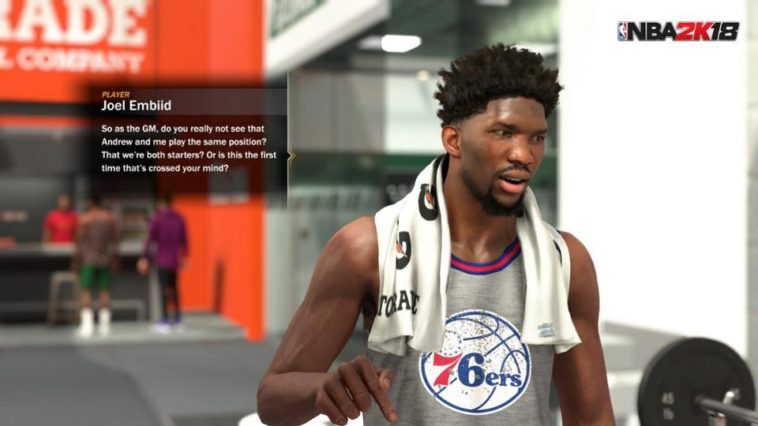 It’s just about that time folks as not only will Madden 18 be coming to your PS4 and XBox One, but so will NBA 2K18.

Needless to say, I have a feeling a lot of dude’s are going to see their bank account drop significantly in the coming months – not because of the video games – but all the money they’ll need to spend to make things up to their girlfriend for going MIA.

Anyway, the highly anticipated basketball video game is back for yet another season and it’s bringing with it a whole new set of features included a revamped franchise mode including ‘My GM – The Next Chapter’.

2K Sports released their first trailer on the new mode which puts you in the shoes of a former NBA player who is trying to make his name as a general manager:

Your choices in #NBA2K18's MyGM: The Next Chapter will completely shape the story and how the outcome is determined. https://t.co/q93R7bhUbX pic.twitter.com/XcdGUbpULZ

And don’t worry stat heads, 2K has you and your analytics covered:

#NBA2K18 features an Analytics Tool allowing you to plot any two statistics/metrics or vitals against each other. https://t.co/q93R7bhUbX pic.twitter.com/RI0WrFB0w8

Thanks to the early start of the NBA season, the NBA 2K18 release date will be September 19th.