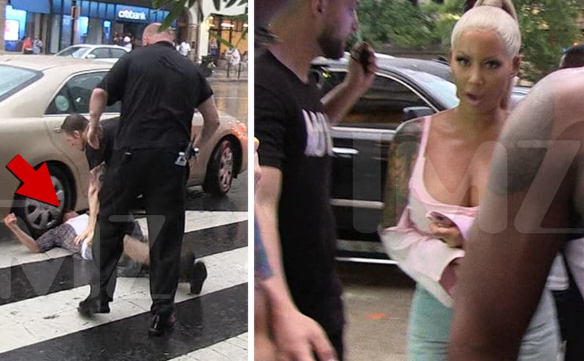 Remember the dude who tried to kiss and smell Kim Kardashian’s butt and quickly got destroyed by her security?

Well, it appears as if we’ve found another star struck fan who might be even dumber.

Amber Rose was doing her thing in NYC recently when a handful of fans and paparazzi lined the street in hopes of getting a glimpse of the model/personality.

Amber Rose’s security team stepped in to stop the hoopla, but it was only just beginning.

The end result? Dude getting his ass knocked out and ran over by a car, all while his friend/girlfriend tried to handle the muscle herself.

As for Amber? Looks like she missed most of the fun, but thanks to TMZ we all have video of the hilarity.