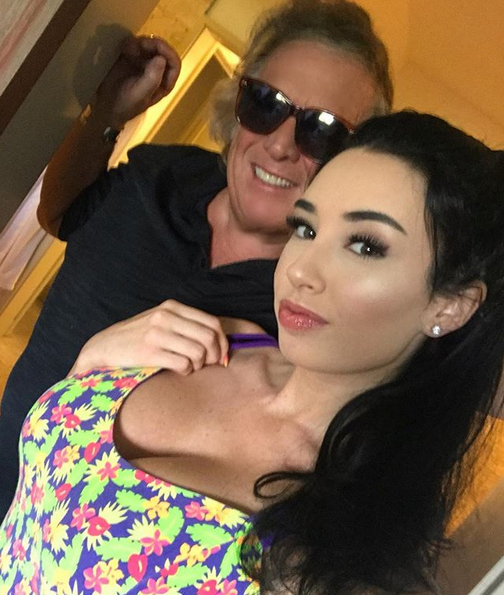 Paris Dylan and her 36D's with boyfriend Don McLean. INSTAGRAM

Paris Dylan is the reason Don McLean is my new hero.

Dylan is a social media starlet and her boyfriend is McLean, the “American Pie” hitmaker, though I’m more of a “Vincent (Starry Starry Night)” kind of fellow.

The twice-divorced “Pie” guy is on the rebound after a 2016 domestic violence case in which the charges were dropped.

When I turn 72 in June 2023, I hope to have a beautimous and bountiful babe like Dylan by my side.

Just look at one of her latest tweets. It features an avocado top, which reminds me that people who eat avocados tend to be healthier.

In recent days, I’ve seen at least eight stories about the generations-gapped lovebirds, coverage resulting from McLean making the rounds in England and Ireland to promote his new album, “Botanical Gardens,” and his UK and Ireland tour.

The stories note the presence of his California grand girl, making me think the old man and his young lovely are as inseparable as John & Yoko back in the day.

Words from The Daily Mail:

A sentence from The Sun:

“Don paid a visit to BBC Breakfast and posed for a snap with the show’s presenters, while Paris sat closely beside him on the sofa.”

TMZ’s lede turns the romance into a sport in which the codger is clearly the winner.

“Don McLean’s playing a young man’s game, and dominating so hard … he’s already got a trophy.”

I particularly liked the post in which PopCulture.com mistakenly referred to McLean as “McClean” not just once but twice.

I like to think of him as “McDirty,” and that’s a compliment.

I’ll find me a girl who loves whiskey and rye and that’ll be the day we’ll drink it dry.