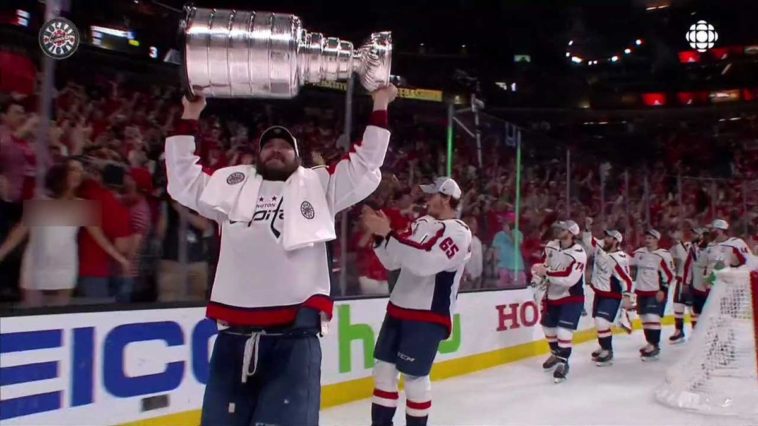 For a short moment in Game 5 of the 2018 Stanley Cup Finals, it looked as if the Washington Capitals might yet again shrivel up and put themselves in yet another precarious situation.

But it was the Las Vegas Golden Knights who lost their momentum thanks to a flurry of poor decisions and bad passes.

Not long after, it was finally Alex Ovechkin’s time to finally raise the Stanley Cup trophy, though shockingly that wasn’t the biggest story of the night.

Nope, that came when Andre Burakovsky decided to skate around T-Mobile Arena. And why was it Burakovsky who had people talking? Well, technically it wasn’t.

Instead, it was the woman behind him in the crowd who decided it would be a good time to flash the Capitals as they skated around celebrated.

Perhaps even more hilarious was that censors couldn’t get to it in time and the fan and her boobs were visible to all.

Needless to say, that’s the best championship moment we’ve seen in quite some time.

If only it would have been Taylor Stevens…

As for the picture, look around Twitter and you’ll get to see the uncensored version.