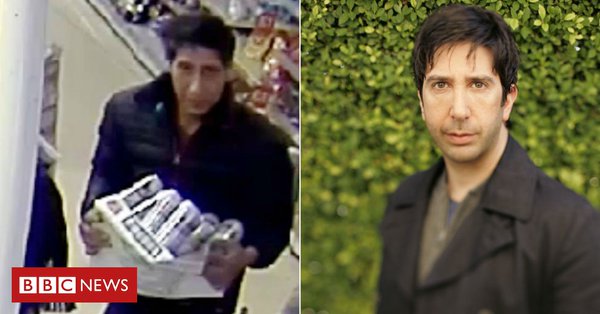 A beer thief across the pond in Blackpool has went viral today, not for what he stole, but because of who he looks like.

Surveillance cameras in a local liquor store caught the thirty thief in the midst of his getaway after nabbing a couple beer cases, but those viewing the video couldn’t help but notice an alarming oddity. The robber looked exactly like Ross from everybody’s favorite hit TV show “Friends”.

Understandably, the internet had quite a bit of fun with David Schwimmer’s doppelganger, even going as far to suggest he looked even more like Russ, the character Schwimmer also played in a single episode of ‘Friends’ (who was meant to make Ross jealous, as he dated Ross’ former girlfriend Rachel, played by Jennifer Aniston).

Ah, but have they checked where Russ was? pic.twitter.com/jlzIYtxKnK

For what it’s worth, the beer bandit is still on the loose. Let’s just hope for his sake, he avoids Central Perk.