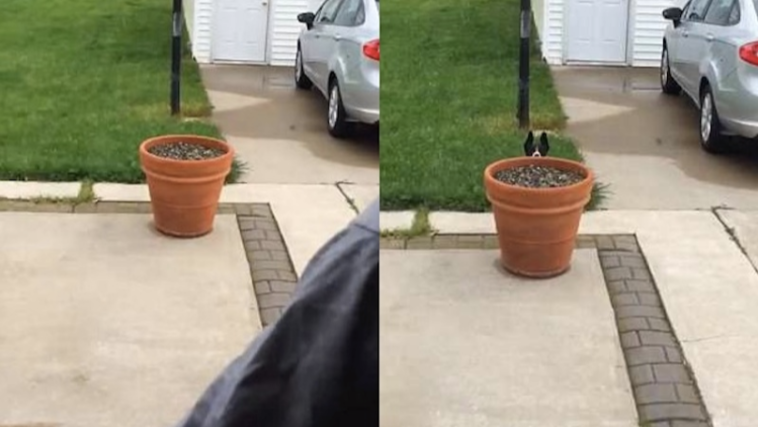 Man, there was nothing worse than your mother screaming your name, telling you to come inside for the evening after a hard day of playing. That’s something this pup was fully aware of, as this dog hides from its owner behind a flower pot in effort to stay outside longer.

The clip, which has went viral, features the playful pup named ‘Tasha’ doing whatever it can to avoid being called inside, including hiding behind the clay flower pot.

Perhaps the most amusing part of the video is after ‘Tasha’s’ mom gives up the ghost, or so it seems, the dog can’t help but peek out to check and see if the coast is clear.