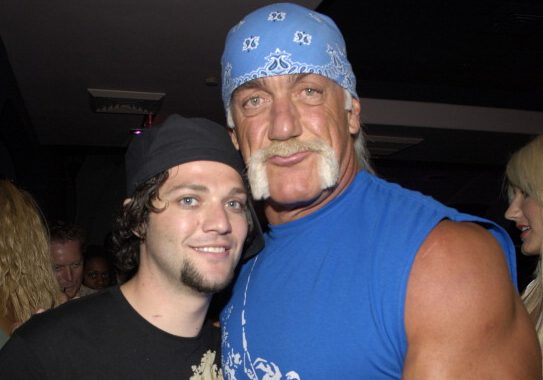 While it’s probably been a while since you’ve seen Bam Margera, the former Jackass star is alive. But don’t tell wrestling legend Hulk Hogan that.

As you might recall, it was Bam’s friend and co-star Ryan Dunn who passed away in a car crash in 2011, not Margera.

But that didn’t the WWE icon from posting his condolences to Bam, captioning a picture of the two, suggesting he wishes the two would be able to hang out again.

Which would be possible if the Hulkster picked up the phone, considering Bam is still breathing somewhere in Pennsylvania.

The message was quickly deleted from Hulk Hogan’s Twitter account, but not before he freaked out social media with the suggestion that Bam Margera was dead.

As for the former Jackass star, he recently underwent more addiction treatment earlier this year and is said to be on the road to recovery. Hopefully this time, unlike the multiple attempts before, it sticks.