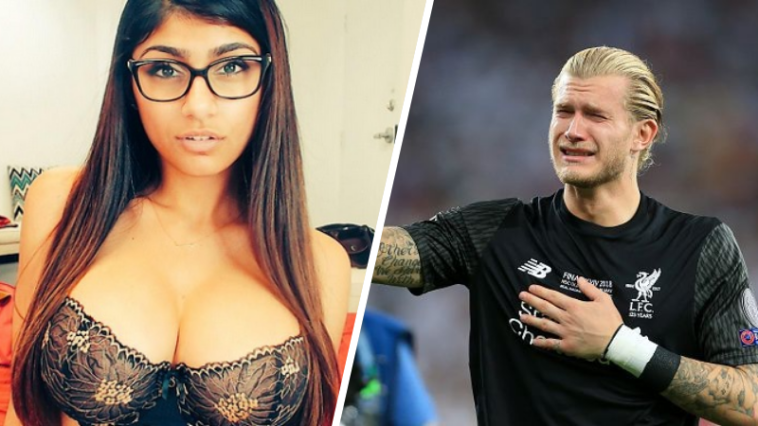 You can’t put all the blame on Liverpool goalkeeper Loris Karius for their heartbreaking loss to Read Madrid in Kiev earlier this week.

Okay, perhaps you can.

It’s been a busy week for the former adult star, who not only has been flying back and forth to Las Vegas to watch her Washington Capitals in the NHL’s Stanley Cup Finals, but also got into yet another Twitter war with Britt McHenry.

Still, she found a few minutes to cheer up the ailing goalkeeper who was reportedly beside himself after the 3-1 Champions League final loss.

Khalifa took to Karius’ Instagram, posting a series of flirty eye emoji’s with the question ‘is he the prize’.

Fans of Liverpool weren’t overly thrilled with Mia Khalifa’s advances, suggesting she stay away from the goalie with others hinting her sports curse was the result of Loris’ poor game.

Either way, we highly recommend he not try to slide in her DM’s as this might be an elaborate trap.

Just trust us, Loris. We know the temptation is real.

But that’s a list you best try to avoid.